You are here: Home / Marketing / How Toastmasters cured me of the desire to speak in public – Salon.com

Mary struggled with public speaking, tried Toastmasters but had a horrible experience. What happened & what could the club have done differently?

Well for one thing she worked up the courage just to attend a meeting.

Then as a first-time visitor she was called on for a Table Topic. Whoa! Way too much way too soon.

Mary sits next to a member who tries to reassure her…

“Don’t worry,” he said, probably in response to the fear on my face. “You probably won’t have to speak today. The only time that guests ever have to speak is maybe at the beginning, during table topics. But those are easy. The Toastmaster asks a question and you just talk for like two minutes.”

“Two minutes?” I squeaked. It would be just like the staff meetings, only here,  there was no telling what I’d have to talk about.

Seems Table Topics are not a big deal to this member. For the guest however the thought of speaking was a too much. Picked on to do something for which she was far from ready.

Does your club call on visitors to speak? If so perhaps its time to reconsider the practice.

The question she received was not hard. Well not hard for those who are comfortable with Table Topics.

For someone who’s just worked up the courage to attend a public speaking meeting its beyond dreadful.

“The last question is: Would you rather spend the Fourth of July with family or friends? And answering this one will be…” the Toastmaster looked down at the list in his hand then looked up and, with his face void of recognition, said: “Mary.”

I felt a familiar tingling—like fizzy soda flowing through my veins. Bumping people’s knees and mumbling apologies, I made my way to the front of the room. With the mindset of someone who’s terrified of heights but who’s already paid to go skydiving, I braced myself and dove right in: “Um, well, let’s see, family or friends. Well, uh, you know, my family is pretty far away, um, so I guess, you know…”

I paused. This was worse than a staff meeting; at least there my speech-making skills were not on trial—I doubted anyone cared about the copywriting updates, much less about how I presented them. But here, thirty faces looked at me expectantly, rooting for me to triumph over the power of the ums, uhs, and you knows that garbled my speech.

Although she only attended one meeting she observed the evaluations seemed to lack real value.

There were more speeches. More enthusiasm. The room swelled with a collective devotion to public speaking. Everyone wanted to be the best. Everyone got applause as if they were. The only criticism all night was for certain speakers to project their voices and “utilize the stage.”

Consider having the General Evaluator include comments on the evaluations? This helps improve evaluations and thus your speakers.

A visitor’s journey to your meeting may have been long and arduous. You often never don’t know the struggles in people’s lives. Next time you have a visitor remember public speaking is a real fear.

Original article: How Toastmasters cured me of the desire to speak in public – Salon.com 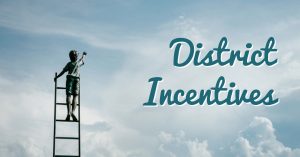